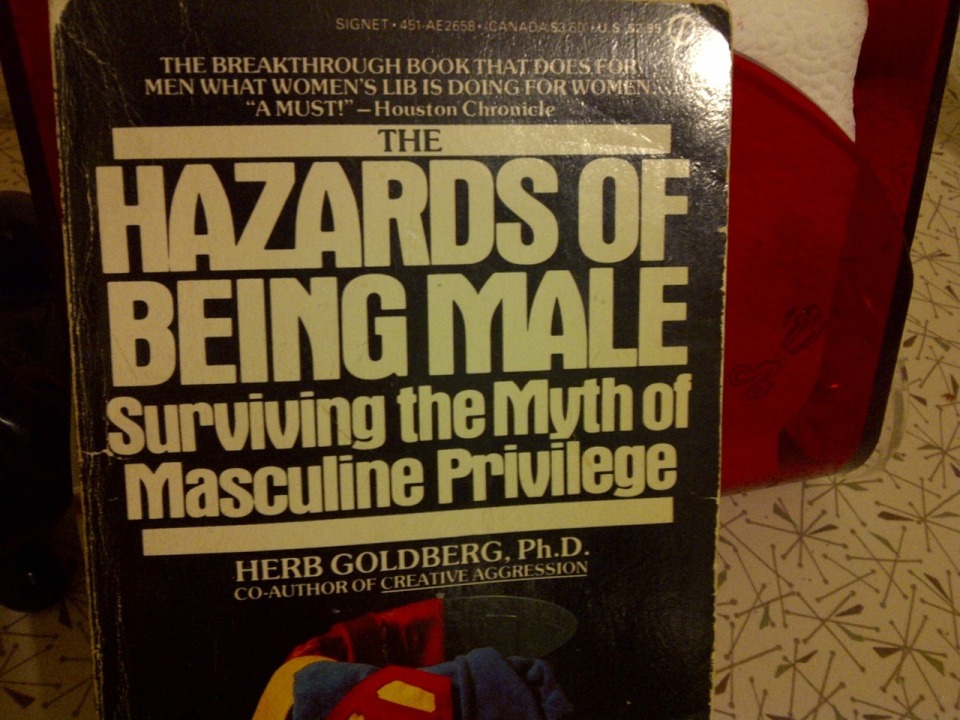 Every review on Amazon is super positive, and seemingly genuine…Wikipedia says its sold a million copies. A quote from one of the reviews:

“And this rigid upbringing might actually prevent them from truly seeing women as equals. For instance: men are rigidly trained never to hit a woman. Why? Because she is a delicate flower that he could easily crush. In truth, people should not hit anyone, and if they must, only in self-defense (not just ego defense). The perpetuating of the “delicate flower” myth (yes, myth, because some women are boxing champions) hurts women as well as men. Just as women are typecast as sex-symbols, this book deals with the typecasts of men; as money-maker, or protector/defender (which encourages his violence, rather than more peaceful strategies or show of emotion). It also talks about homophobia and inability to cry or act feminine; destroying the wholeness of a man’s person.”

This is some far out, explosive stuff! And it looks like this isn’t just an internet meme.

I went to a pretty liberal college and, still, I had never heard of men’s liberation. Browsing through it now, I’m not surprised though. Anyone who started advocating these ideas outside of a gender studies class, without attributing them to a credible gender studies professor, would seem like they’re mocking feminism or just bat shit crazy.

It seems like gender issues will never be anything but supremely interesting. I don’t have enough skin in the game to get fired up (good or bad) about this, but it’s certainly interesting.